Aspire Wealth Management is one of Ireland’s leading fee based personal financial planners and is based in Stillorgan, Co. Dublin. Our area of expertise covers Investment, Retirement Planning, Personal and Business Protection, Estate Planning, Divorce and Widow advisory services, and second opinion reviews.

We also have extensive experience in dealing with 2nd and 3rd inter-generational family and business wealth related Financial planning.

Find Out How We can Help you Book Your Discovery Meeting

When selecting a financial adviser you need to be sure that they know more than just financial products. A key element is the experience in real life situations and their ability to ensure that whatever financial plan or financial product they recommend is totally suitable to your own circumstances. Our recommendations are based on providing wide ranging solutions to a diverse client bank of age, personalities, tax requirements as well as family and business circumstances.

And with every client, the only point of view that matters is our clients. And, of course, how we can help them meet their goals and aspirations.

And We Keep Up To Date

Examinations don’t guarantee great advice but they do however provide a benchmark to compare one adviser with another. Like many of the professionals we advise we are continually upgrading our professional skills and qualifications which, in turn, ensures that our client offering continues to be among the best available in Ireland. 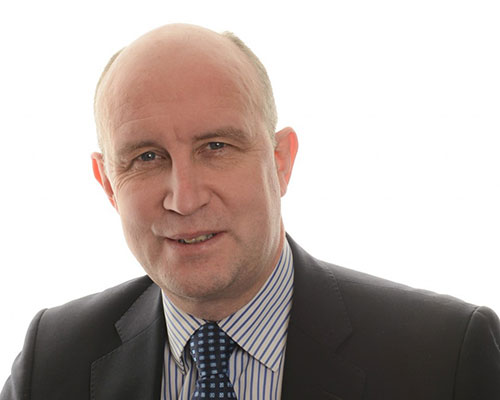 Eamon Porter is one of Ireland’s leading financial planners with over 30 years’ experience. This includes a career involving two leading insurance companies and a stockbroker, before setting up his own business as a financial planner in south Dublin.

He also acts as an Expert Witness for both plaintiffs and defendants in legal actions concerning negligent or reckless financial advice.

He holds a Graduate Diploma in Financial Planning (First Class Honours) from University College Dublin and is an accredited CERTIFIED FINANCIAL PLANNER™ which, internationally, represents the highest level of professional practice in financial planning. He is also a Qualified Financial Advisor (QFA), a Fellow of the Life Insurance Association (FLIA) and an Associate of the Chartered Insurance Institute (ACII). Eamon is also a Specialist Investment Advisor (SIA) and a Retirement Planning Advisor (RPA), as well as holding the Professional Certificate in Credit Union Governance (CUG).

He has a long involvement in Irish financial matters having been one of the inaugural judges for the Moneymate Investment Awards before representing the Irish Brokers Association (IBA) for several years as a board member with the life assurance technology company, Assurelink. He has been an examiner for the Life Insurance Association before becoming the editor of its technical journal “The Professional” from 1995 to 1997.

From 2000 to 2006 he was appointed to the board of directors of the LIA, becoming its President in 2004. In the late noughties he served on the Council of the IBA as well as its Public Relations and Management Committees before chairing its Financial Services Committee.

In 2013 he was one of the founding members of the Society of Financial Planners of Ireland, an organisation specifically formed to raise financial planning standards in Ireland at a practitioner level and in January 2015 became its Chairperson before stepping down from the board in 2018. 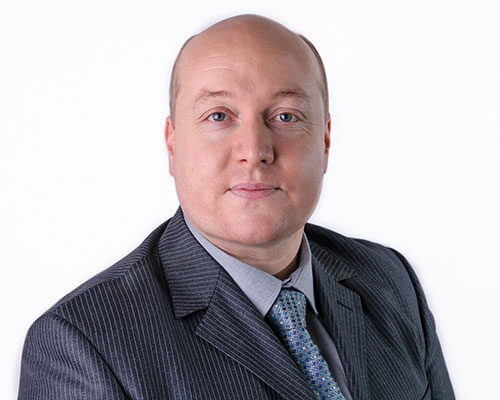 Robert brings 16 years of experience to the position, eleven of these in Wealth Management. This includes a career involving securities dealing with Bank of Ireland, pension’s roles with a global US Insurer, and being a support manager with a leading UK Wealth Manager.

Robert supervises the smooth operation of our governance and administration processes, oversees our compliance obligations framework and is actively involved in the strategic development of the company.

He is a Qualified Financial Advisor (QFA), a Retirement Planning Advisor (RPA), a Pension Trustee Practitioner (PTP), and a designated Professional Banker, and is currently in the process of completing a Graduate Diploma in Financial Planning from University College Dublin.

Improve your financial future by arranging a call back or online meeting.

Simply book yourself into an appointment at one of our available times.

Find Out How We can Help you Book Your Discovery Meeting

Schedule a Zoom Meeting or Callback at a time that suits you.

Schedule a Zoom Meeting or Callback at a time that suits you.

You can find out more about which cookies we are using or switch them off in settings.

This website uses cookies so that we can provide you with the best user experience possible. Cookie information is stored in your browser and performs functions such as recognising you when you return to our website and helping our team to understand which sections of the website you find most interesting and useful.

Strictly Necessary Cookie should be enabled at all times so that we can save your preferences for cookie settings.

If you disable this cookie, we will not be able to save your preferences. This means that every time you visit this website you will need to enable or disable cookies again.

This website uses Google Analytics to collect anonymous information such as the number of visitors to the site, and the most popular pages.

Please enable Strictly Necessary Cookies first so that we can save your preferences!